Pastor Oqbamichel Haiminot, the senior pastor of Kale Hiwot (Word of Life) Church in Asmara, has finally been released, after being falsely imprisoned for 11 years in Eritrea.

Haiminot, a married father of three, was arrested along with over 60 evangelical Christian in 2005 while participating in a wedding ceremony and taken to the Sawa military center for “military punishment.

The global persecution advocacy organization reports that while the police later released several of the Christians, Haiminot and about five others were held in detention as military officials tried to get them to renounce their faith in Jesus Christ.

Haiminot was placed in solitary confinement after his refusal to deny Jesus. He was also subjected to cruel punishments and inhumane conditions that included carrying rocks up a mountain.

Even though he was later released after he suffered a mental breakdown, Pastor Haiminot was re-arrested in 2007 and would stay locked up for over a decade. He was in need of medical attention following his release.

Eritrea has one of the worst records with regards Christian persecution.”Many pastors have been arrested. Many Christians have been arrested,” Todd Nettleton, chief of media relations for Voice of the Martyrs USA, said in a statement “Typically, however, they’re not held as long as Pastor Oqbamichel was… We don’t know exactly why he was released at this time”. Haiminot gained international attention in 2003 after he became the first church leader in Eritrea to be imprisoned for religious activities.

Open Doors USA’s 2018 World Watch ranks Eritrea as the sixth worst nation in the world when it comes to the persecution of Christians with many reports of state-sponsored harassment, arrests, and killing of Christians for their faith.

This site uses Akismet to reduce spam. Learn how your comment data is processed. 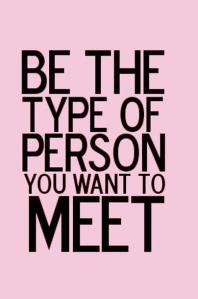